I think I’ve came up with the most ridiculous excuse for not updating my blog for almost six years. I would even speculate that this excuse is so good that it qualifies for the procrastinating bloggers playoffs and ends up being at least a runner-up there. Excuse is this: I don’t like wordpress.

See, I believe that the purpose of human being is to fight chaos and to put things in order, organize them in any way possible. Blogging can be part of that, but it should be a responsible blogging. And wordpress is just a nightmare: what if I install the plugin that has some vulnerability and someone hacks it and turns my server into a vert active participant of some russian bot net? What if choose the theme that will pollute my website with spammy links and in the end destroy all the SEO work I did for my blog?

You see, blogging with a wordpress is not a responsible blogging. Unless you develop all the plugins yourself, design and code the theme yourself (we’ve got another candidate for that procrastinating bloggers award), but what about vulnerabilities in the wp_core? And if you are going to develop all of that yourself, why bother with wordpress in the first place?

So, I’ve decided to end this procrastinating mess of blogging by the only way possible: doing something about it.

In other words: I am going to update this blog.

There are two main reasons why I am so fearless about it:
1) English is not my native language and while I claim I’m fluent in it, I can always play the ‘non-native-speaker’ defense if I post something stupid.
2) I believe that 6 years is a period long enough for all the readers to abandon even such a thrilling blog like mine. Blogging for zero audience is responsible enough.

Why am I going to do it?
Well, I can’t let this domain expire for multiple reasons. I don’t want to kill the posts I put here before because I’m a firm believer into net integrity, and I don’t want random visitors to see latest post dated to 2015 and making their causeless assumptions. So, the only choice I have is to keep blogging.

Another reason to do it: I need to practice my English.

ToDo:
- install letsencrypt certificate;
- upgrade wordpress (not sure I want to do it);
- decide on whether I need comments or not; if I do then how to bring them back without having those russian bot nets submitting automatic spam comments;
- post something besides this yackety yak.

It’s not my birthday, it’s a NEW YEAR, dumbass. 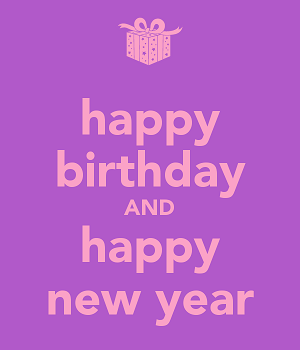 On the January 1st this year I got one very odd email from online store I purchased something from couple of years ago (BTW, it was the worst online shopping experience ever: it worked like a soviet hospital, not an internet shop).

Anyway, it was a ‘Happy Birthday‘ email, and no, my birthday is not the January, 1st.

It’s very unlikely that I entered 01/01 as my DOB: I try not to tell it to online stores when the field is not required; even when it is I prefer to enter 02/29 to minimize the number of such automated HB congratulations.

So it got me thinking: why on earth would their database contain 01/01 as my DOB?

My best guess is that they are storing date of birth as a unix timestamp. And at some point the value I provided (NULL) got converted to 0 (zero).

And zero seconds since the Epoch means 01/01/1970: so, their software decided I just turned 45 and sent me a happy birthday email (I didn’t think it was possible, but my opinion about that particular store got worse).

What lessons should developers learn from this story?

In my last guess is true, I’m not the only one who got that stupid ‘Happy Birthday’ notification when we should have received ‘Happy New Year’ notification instead.

Happy New Year to all (if any) readers of this blog!

Just got an email from one of servers warning me about excessive resource usage:

I was confused, because everything I was doing there ran smoothly and quickly – no scripts hanging or something like that.

Then I realized I could run `top` to see whether the process (I had its PID) is still there.

It was. It was my bash session. Server was notifying me that my terminal session was using resources excessively – by simply staying connected to the server.

Everybody knows how to launch Disk Defragmenter in Windows 7: right click on the drive in Windows Explores, select ‘Tools’ tab and press ‘Defragment now’ button. You’ll see a list of drives available for defragmentation: 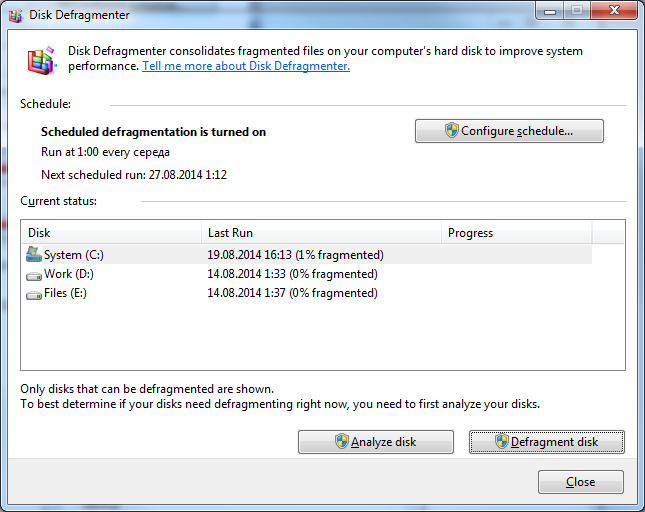 However, you may want to defragment removable drive, and sometimes it’s missing in this list. Yes — the drive is plugged-in, you can browse/modify files on that drive, yet you can not start defragmentation — because it’s simply not in the list Defragmenter shows you!

Well, it’s confusing — and it should be. First idea that comes to mind — you can not defragment removable drives. Google it: yes, you can. So, something is wrong with the drive? In my case it was some kind of error which I used to ignore (because I had no problems with the drive rather than closing this annoying dialog every time I plugged the drive in): 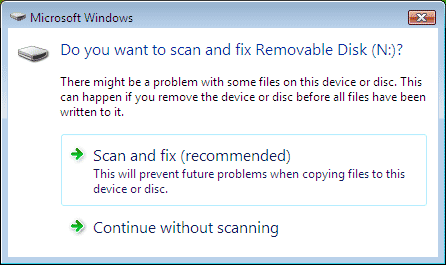 So — you should ‘scan and fix’ your drive before it appears in Defragmenter’s list.

If your drive doesn’t require ‘scanning and fixing’ and still doesn’t appear as available for defragmentation — please keep googling. You are welcome to share you story in the comments.

P.S. I respect beliefs of other people — please do not start holy wars on ‘why would you want to defrag external disk?’

Why is it so hard to learn programming?

I wrote this essay for one of Coursera courses I took recently and decided that I’d share it with a world.

The first language I wrote the program in was Basic. The most challenging step for me was to understand assignment statement which looked like this: x=x+1. I consider myself a mathematician who switched to programming, so for me understanding that statement was a real breakthrough: after I realized that 1) left ‘x’ and right ‘x’ are really different x’s and 2) this is not an equation but a command — after that everything was quite easy.

Learning second language (Pascal) was also pretty straight-forward: learn how to specify your commands for Pascal compiler (instead of Basic Interpreter), master couple of new principles (pointers, records etc.) and you are a Pascal programmer (well, almost). After that I learned PHP, JavaScript, and a little Ruby; now I’m mastering Python: the more languages you know, the easier adding new programming language to your skill set is.

I think that learning programming for me was quite easy because I had strong mathematical background. I knew logics, I knew how to prove things, I knew basic Boolean algebra and worked with numeral systems other than decimal. So the only thing I needed to understand really was that x=x+1 assignment: it broke my mathematical way of thinking and turned me into a (novice) programmer.

Learning algorithms is quite challenging itself; mastering your first programming language when you have no experience in algorithms makes it extremely difficult.

And I don’t mean complex algorithms like sorting, binary search or graph theory. Even composing first algorithms for a basic executor like robot (whose set of commands is really narrow and includes only three of them: STEP/ROTATE/WALL?) is complex for people who have never done anything like that before. They are confused because they have very little experience controlling some executor by writing prior set of instructions that has to be clear, finite, produce a result – and a correct one – and solve not only one problem but a class of similar problems. Most students have experience in computer games where they control executors – but they do it in a real-time, and that’s a different story.

So, people are already confused. You don’t want to confuse them even more by explaining syntax: telling them about indentation, semicolons, memory and such. But you have to in most courses: you have to teach them programming, not algorithms.

The main difficulty in teaching programming (and learning it!) comes from the fact that in most cases you are teaching two things at a time: how to solve a problem algorithmically and how to write that solution in a language which is brand new for the students.

This problem goes away when students have already learned any programming language in the past and want to master second (or even second+) language: you just have to learn new syntax, couple of new principles and several abstraction models which are specific to a new language.

Writing first ‘hello world’ program is intriguing and solves a lot of problems (both for teacher and for student) – running this program means software is installed, environment is configured, IDE is working etc. – but it can be also quite confusing for a student who has no experience in so called ‘informatics’ – i.e. art of composing an algorithm.

Joined couple of Linkedin groups to see what’s going on and to pick up the vibe.

I mean dumb questions and really, really dumb answers to them. 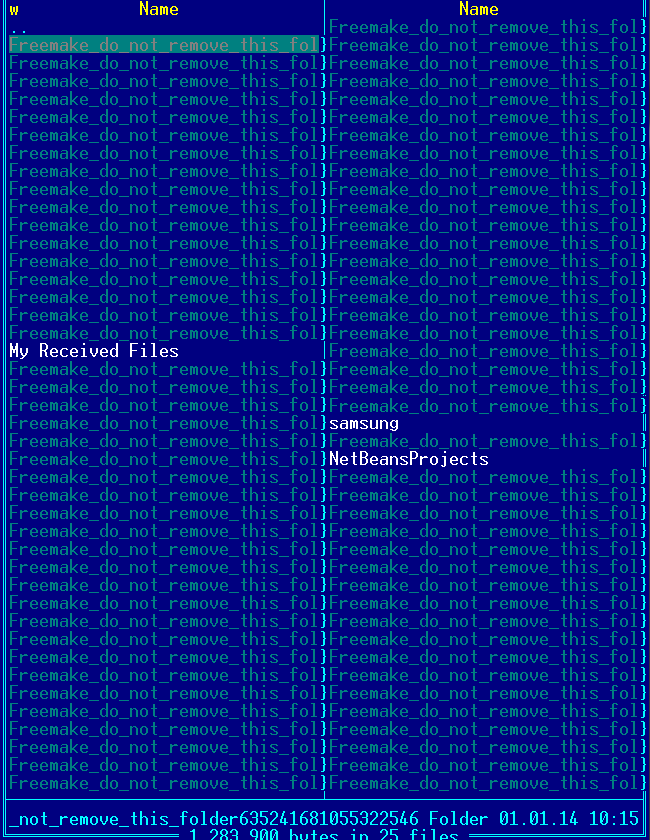 P.S. I understand that this bug has probably been fixed (haven’t updated this software for a while), but still a nice bug. 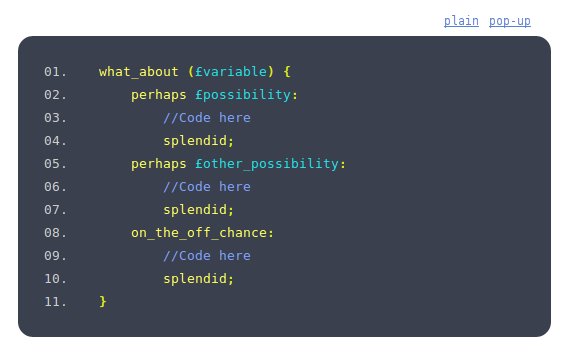 My personal record: Dropbox responded to my email after 1 (ONE) month of silence.

Ok, I can live with the fact that Google Chrome shows this “Confirm Form Resubmission” on certain pages where I typed URL manually (which means they were received via GET method, not POST).

But, Google, please, let me use Space Bar to click “Continue” button! I don’t want to switch to my mouse, navigate to that button and click it. I want to quickly hit space bar and continue web-development.

I’m seeing this window hundreds of time each day because I’m a web-developer. I don’t usually use my mouse when I’m testing forms. Tab key, Enter key are perfect for form navigation/submission, and Space Bar was perfect for resubmission confirmation.

Yes, it was working before. First, when Chrome was made public, it was not working. Then somebody fixed it and it was working just fine for years. And when I updated my Chrome earlier this week, it stopped working again.

Actually it looks like just a matter of setting focus to modal window since ‘Continue’ button looks like default window button.

Could you do that for me? Please?